Last Saturday a 10-mile run was on the docket as my final “long run” of this marathon training cycle.

When a friend mentioned that Emigration Canyon was hosting a 10-mile race and the dates coincided; I opted to sign up and run as a fitting end to my long winter and early spring training.

I’ve had the privilege of running up and down Emigration Canyon in Salt Lake City at least 4 times this winter.

Unlike many of Utah’s steep canyons, the grade in Emigration is just about right. I really like running up and then down the rolling hills and enjoying the beautiful scenery.

I’ve been marathon training for just over 14 weeks now and things have gone really well. I’ve been able to avoid injury or strain and have also really come to appreciate hill running… which should serve me well on Boston’s rolling course.

Things were going very well until Friday afternoon, when my gut decided it had been quiet for long enough. I ended up having a couple of bouts of diarrhea and nausea.

Crohn’s disease in my body can act like a sleep deprived moody teenager… most of the time my gut and immune system get by just fine, but occasionally when provoked, can get a little sassy.

I haven’t eaten anything with sugar since Christmas and I avoid dairy and gluten at all costs; so there really isn’t any reason for my immune system to start acting up. The only thing I could think of, was I must’ve eaten something that didn’t agree with me. What that was, I really don’t know. I eat lean protein, fruits and vegetables. Perhaps the sushi I ate Thursday was to blame? 🤷🏻‍♀️

Bottom line, I really don’t know. Everyone else in my family is doing just fine, so it has to be something that only I ate. Not wanting to be an alarmist, I patiently did a couple of things in an effort find relief and focused on feeling confident that it should pass.

Saturday morning, I went to the race and had some fun with my friend Josh before the race started.

As we began our run up Emigration Canyon, I felt an all too familiar grumbling in my gut and accompanying side ache. Not wanting to stress, I decided to ease up on my pace and see what happens; after all, this was just a long run in a race situation. Not a race at all…

About mile 3, the ache and grumbling subsided and mercifully I did not need to find a bathroom. Running down a canyon in a watershed area, I would’ve had very limited bathroom options and I hate to think what might’ve been if things were different.

I finished my 4-mile interval workout inside the race, and was pleasantly surprised to learn I placed 3rd in my age group for my efforts. Next year I’d like to come back and actually race the canyon. 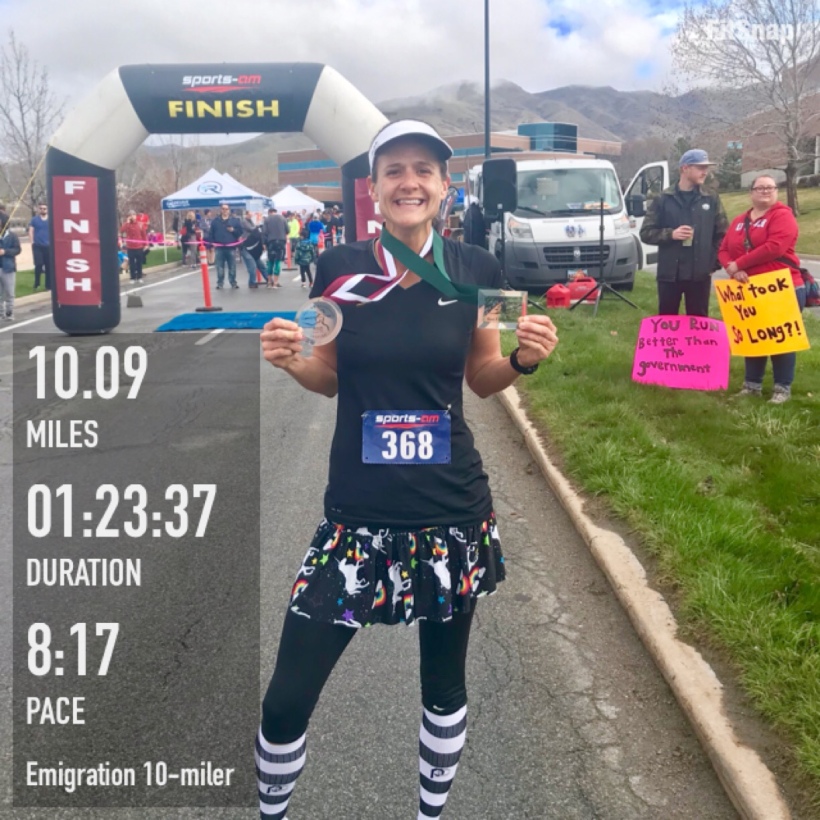 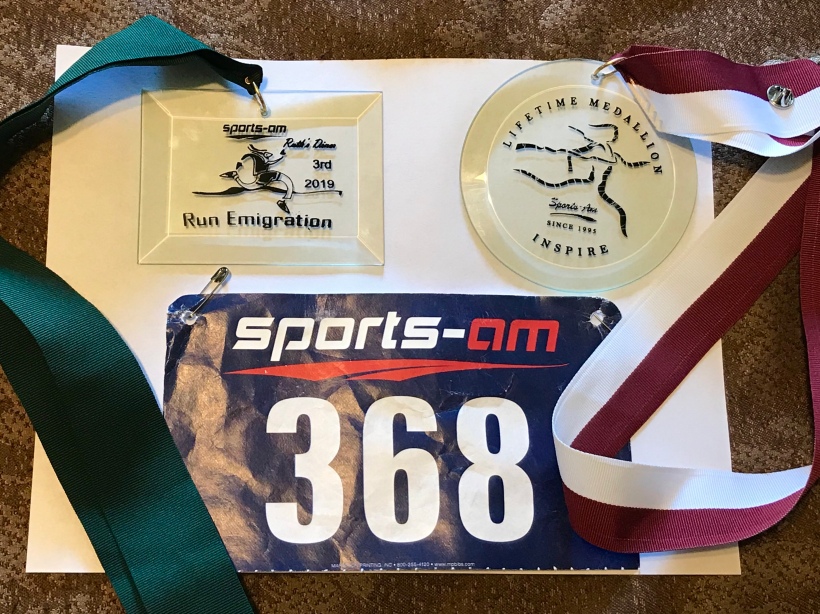 At this point, my options are limited. I can go on liquid diet and see if that helps and even take some medication and hope I stabilize.

Despite my efforts to consistently train and hit my time goals, finally learn how to take in fluids during a long run, and increase my muscle strength in an effort to combat the marathon strain on bones with Osteopenia; the reality is I still have an incurable autoimmune disease of my digestive system, and sometimes Chron’s Disease really sucks.

I don’t like to wallow in self pity, but it’s pretty frustrating to work my but off for nearly 4 months and not have any way of guaranteeing that I’ll be 100% on race day.

While I hope to re-qualify for Boston 2020 at this year’s race to surprise my oldest daughter that’s currently living in Malaysia and will miss this race; in the end I just don’t know what’s going to happen. When it comes to training and racing, the clock can be both my friend and foe.

Running, like life is a journey. Now is the time for me to choose faith over fear and gratitude over uncertainty. T-minus 7 days and counting… 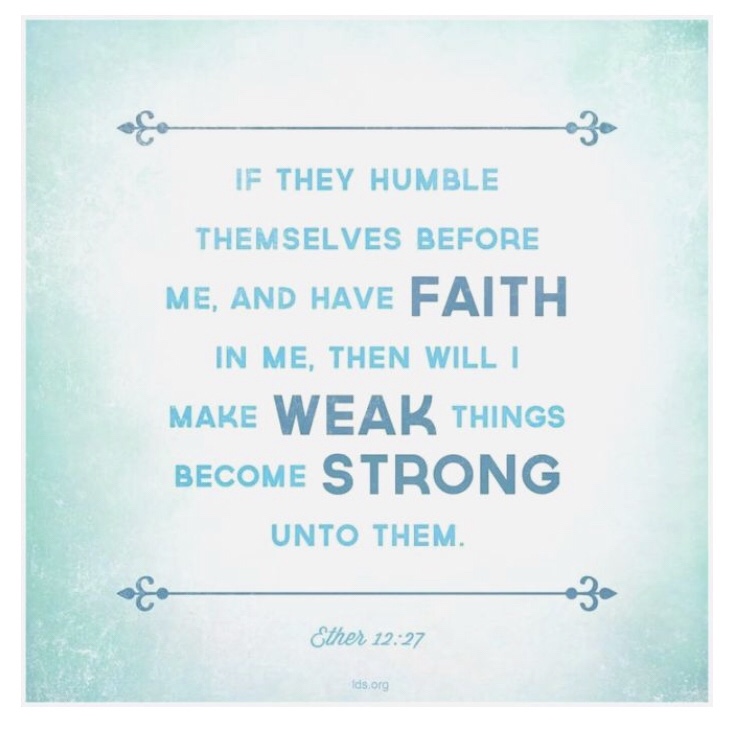