“It is one thing to know that Jesus Christ came to the earth to die for us. But we also need to appreciate that the Lord desires, through His Atonement and by the power of the Holy Ghost, to enliven us—not only to guide but also to strengthen and heal us…” (Bear Up Their Burdens With Ease…” David A. Bednar, GC April, 2014)

Every year when Easter comes around, I think about what it will be like to be resurrected and physically whole. Because of Jesus Christ, I know one day that will happen. Currently, I don’t want a beautiful perfect body without any flaw; just a physical body that is complete, healthy and happy with no auto-immune issues.

As I went about the days activities, caring for our two oldest daughters, ages three and a year and a half; my stomach ache continued to progress throughout the day. I threw up a few times so around 7-pm, decided I needed to find a way to track down my husband. I knew Chris would come home that night, but it was usually pretty late and I was feeling worse with each passing hour.

Cell phones were not widely in use then, so I found someone who knew Chris and felt they could locate him on campus. I called a niece who lived near us to come and be with our daughters so I could go to the ER.

By the time Chris finally arrived, I was in so much pain I could barely walk and talk. I sat on our bed crying; constantly rocking back and forth, holding a pillow to my abdomen because the counter pressure provided a tiny bit of pain relief. Because I had severe pain in my lower right abdomen, when we arrived, the hospital rushed me in for an emergency appendectomy.

I woke up and still felt immense stomach pain and nausea. The doctors informed me they had just removed my healthy appendix and now wanted me to have a CT scan to figure what the problem was and why I was still in so much pain.

The scan revealed I had a complete bowel obstruction in my lower-right ilium; the part of my small intestine that connects to my large. Because I was weak and had just had surgery, the doctor was hesitant to do surgery immediately again.

Instead it was decided to try complete bowel rest, give me some steroids, antibiotics and pain killers and see if the bowel obstruction would release and open up. As soon as I was stable, I was to have a colonoscopy.

Looking at me, the doctor asked me why I had waited to so long to be seen. As a mother of young children with a husband in graduate school, I had no time to be sick. I didn’t comprehend how ill I was until he informed me that because I had waited so long to be seen, the bowel obstruction had progressed, making me septic with a major blood infection. The doctor informed me I was extremely anemic with very low blood pressure and wanted me to have a blood transfusion.

The blood transfusion was very cold and painful. I have never felt that cold again in my entire life. The colonoscopy was actually pretty easy. By the time I was stable enough to have the procedure a few days later, I hadn’t eating anything for many days and the complete bowel rest made me very weak. A biopsy confirmed the doctors suspicion of Crohn’s disease.

A brief review of my medical history pointed to my exposure to the water born parasite Giardia 6 years earlier as the trigger of my subsequent inflammatory bowel disease and current health problems. 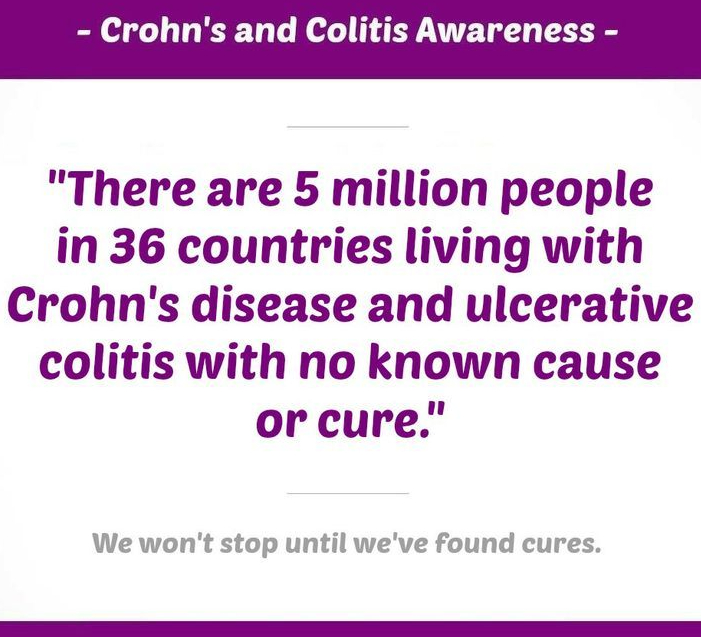 The doctor told me he didn’t know why my immune system was attacking my body and especially my small intestine. In an effort to control the disease, I was told I needed to be on steroids and other immune suppressing medicines until my body was eventually stable.

Unfortunately, steroids and immunomodulators are very powerful expensive drugs with a host of undesirable side effects. Because my immune system was being chemically suppressed, my body lost it’s ability to fight off any simple infection.  I lived with a constant cold and upper-respiratory infection that occasionally also morphed into the stomach flu. I was always sick, tired and felt awful. 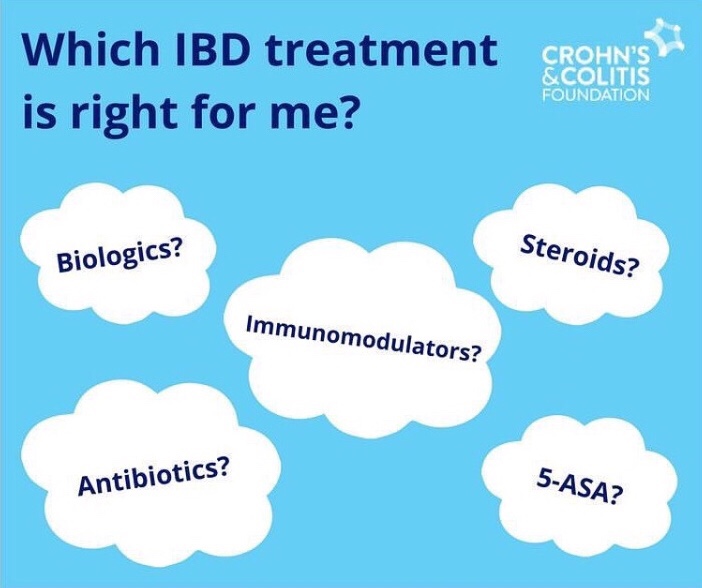 I was placed on 4 different drugs and required to take 20 pills a day. The steroids caused me gain weight and retain water; making my face and hands uncomfortable, swollen and round. They also gave me facial hair, dry skin and insomnia. The antibiotics left me with a constant metallic taste in my mouth regardless of what I ate.

Every 8 weeks I was required to go to the hospital and have a blood test to check the health and functioning of my liver and other vital organs; to make sure my body wasn’t shutting down, but properly “responding” to the medication.  It felt like the side effects of all the drugs were just as bad as actual Crohn’s disease. On two separate occasions when I asked about other treatment options such a diet, alternative medicine and procedures;  my doctors in both Utah and Oregon were rude and condescending; informing me that “diet has nothing to do with Crohn’s disease” and “alternative treatments never work” and “are a complete waste of time and money.”

For 5 long years, I diligently took my prescribed medicine and did all the GI doctors asked and I never felt better. In 2007 when I unexpectedly became pregnant with my last child, everything changed. (You can read about that experience here  The Journey Begins)

For the last 10 years I have successfully managed Crohn’s disease through diet and endurance exercise which suppresses my over-active immune response. That’s not to say that things are easy and won’t eventually change. Despite all my efforts, my immune system still wreaks havoc on my digestive track.

I don’t know what my future holds. I know that my GI doctor believes that immune  altering medicine will make a positive difference in my life and with this disease despite not be being able to cure Crohn’s. I know that I can’t function on the medicine he prescribes; so currently we’re at an impasse. As long as I can function, I’m free to do as I please. When things progress, he will treat me with conventional medicine.

With this latest visit, my doctor didn’t even offer medicine because he knows I’m not interested. We spoke about the potential cancer risk on medication and off. He informed me of a recent study he read that stated 1 in 1,500 Crohn’s patients developed lymphoma from Crohn’s medicine. He didn’t feel like that was a very high statistic. One person dealing with cancer is too many for me, and I refuse to be another Crohn’s statistic.

In the meantime, I’ll continue to do what has worked for the last 10 years and search for an option I can literally live with; my faith in Jesus Christ has always carried me.

“There is no physical pain, no spiritual wound, no anguish of soul or heartache, no infirmity or weakness you or I ever confront in mortality that the Savior did not experience first. In a moment of weakness we may cry out, “No one knows what it is like. No one understands.” But the Son of God perfectly knows and understands, for He has felt and borne our individual burdens. And because of His infinite and eternal sacrifice (see Alma 34:14), He has perfect empathy and can extend to us His arm of mercy. He can reach out, touch, succor, heal, and strengthen us to be more than we could ever be and help us to do that which we could never do relying only upon our own power. Indeed, His yoke is easy and His burden is light…”  (Bear Up Their Burdens With Ease…” David A. Bednar, GC April, 2014)