A few weeks ago, Coach Paul and I had a discussion about the remainder of my summer racing season. With my next marathon about 70 days away, it’s important to find the balance between training and racing. I found out last fall just how delicate that balance can be when I ran 3-half marathons, three weeks in a row.

In my first race, the SoJo Half, I won a free entry to so I opted to run it as a training run. I actually ended up pacing Ashley, (another local runner I met that morning) to her first sub-2 hour half marathon. It was a fun day. 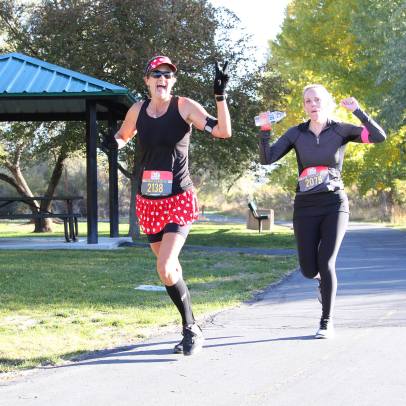 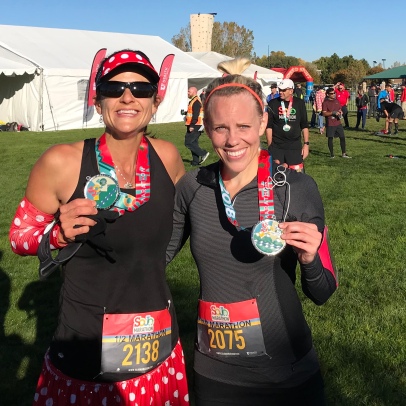 The next weekend, I ran my usual Halloween race, the Provo Haunted Half. I was dressed as Wonder Woman and ironically ended up placing 1st in my age-group out of 136 women. I was completely shocked because I simply went out and enjoyed myself that morning. To this day, that’s still one of my favorite racing memories.

The following weekend, I had my first international race- the Rock and Roll Half-Marathon in Merida, Mexico. This was the race I wanted to do well in because during race research, I discovered that the overall, female half-marathon winners for the last couple of years had finishing times ranging from 1:35-1:40.

I figured with my oxygen bump (a slight perk of training at 5,000 ft elevation and racing at sea level)  I had a real shot at doing well. Yea…. that was the thought. Unfortunately, I learned the hard way that I’d already put my racing eggs in the Halloween basket. When I hit the streets of Mexico, not only was my body tired from traveling and sight-seeing, I was still recovering from last week’s race. The entire event was a disaster. Hot temps, pouring rain, slick roads, high humidity and traveling made for quite the adventure. Coach Paul kindly let me learn for myself, the hard way… after I insisted on racing back to back weeks. Mercifully he was kind enough to spare me the “I told you so” when he checked with me after the race to see how things went. 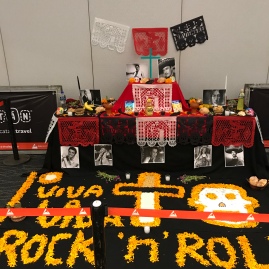 Coach Paul says optimal racing happens no sooner than every 4 to 6 weeks, depending on a runners individual physical fitness, training schedule and life circumstances. Obviously, there’s no one-size-fits-all protocol, but good coaches know their athletes and in 11 years of training, Coach Paul has always been right. So after some discussion, we opted for two half-marathons, with 4 weeks recovery in between both. I told Coach Paul I had a free entry to a local 10k and was given the green light to participate as long as I ran it in conjunction with a longer 10 mile training run.

The day before the 10k, while volunteering my time at Runtastic Events, (a local race company) I was assigned to float decoration detail. I spent several hours gluing on left over race medals to the company’s parade float. I noticed a very blinged out “fork medal” and upon further inquiry, learned that they were actually the age-group medals for the 10k I was running the next day. Only a race hosted by American FORK City would hand out flat-ware inspired awards. From that moment on, I thought a fancy fork would make a lovely addition to my race medal collection.

Saturday morning, I got up as usual and opted to run in a “stars and stripes” racing outfit as American Fork City, uses that theme for all their promotional advertising for the week long city celebration and events, called “Steel Days”. Another odd fact about me is I always race in a sparkly skirt of some kind. I enjoy costume running and in my small world, races are special events so I opt to race in a fun skirt of some kind. Most of the road runners don’t think twice, but whenever I hit the trails in a skirt, I ALWAYS get side way, second glances!

I parked 2-miles from the starting line and had a very nice warm up run, down to the race start. Remember last week when I mentioned those local ladies I mentally race even though they don’t know it? Well, one of those sweet ladies was at the race. I almost went up and talked to her… but decided against it when I realized she was intently focused on all her pre-race prep. I’ll introduce myself next race, I promise. 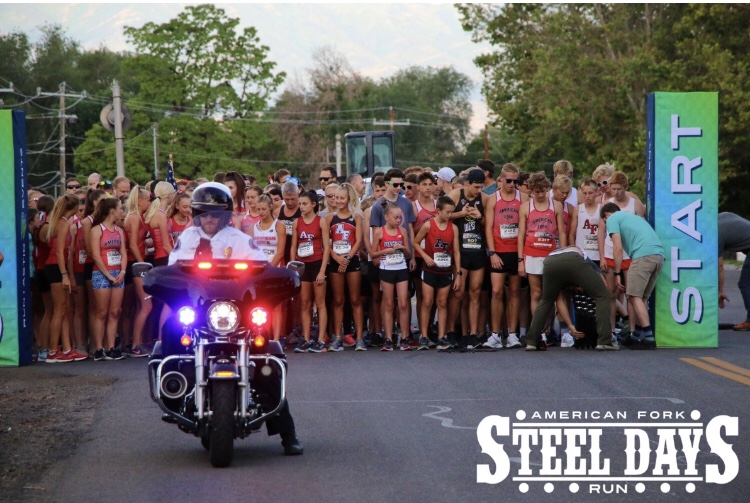 We ran as one massive running crowd for the first 1.5 miles, till the 10k runners broke off from the 5k pack. I’ve mentioned before that I like up hill running and was very familiar with this route. Personally, I perform better as a runner when I know a running route, as I like to visualize all my races before I actually run them. Being familiar with the race course allows me to mentally prepare for each step from beginning to finish.

As I headed up the steep incline towards the turn around portion of the course, I was floored to realize there was only one other woman ahead of me. I thought, where is everyone… am I really up front? I started getting a little excited, (okay… quite a bit excited) so I worked on being mindful of my pace. Running down the hill, I high-fived anyone who looked like they needed a little encouragement because the half-mile hill was tough for everyone. By the time we looped around to the parade route, the thought of finishing over-all and earning my fancy fork kept me pushing till the end. 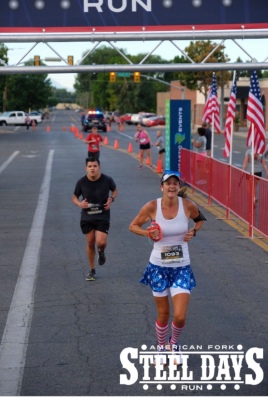 With any race, you only race against everyone who shows up. While I’m certainly not an elite runner, small moments like this remind me that in the end, success is doing the best I can do on that day and particular situation. As a runner, I still have a lot to learn. For this race, thank heavens the speedy ladies happened to be running the 5k. 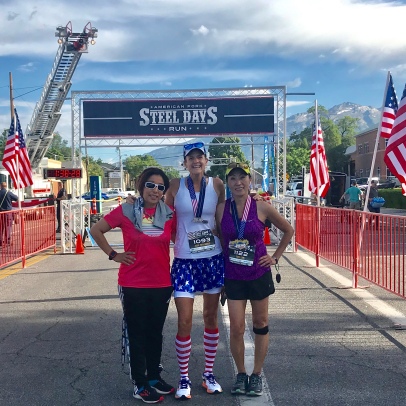